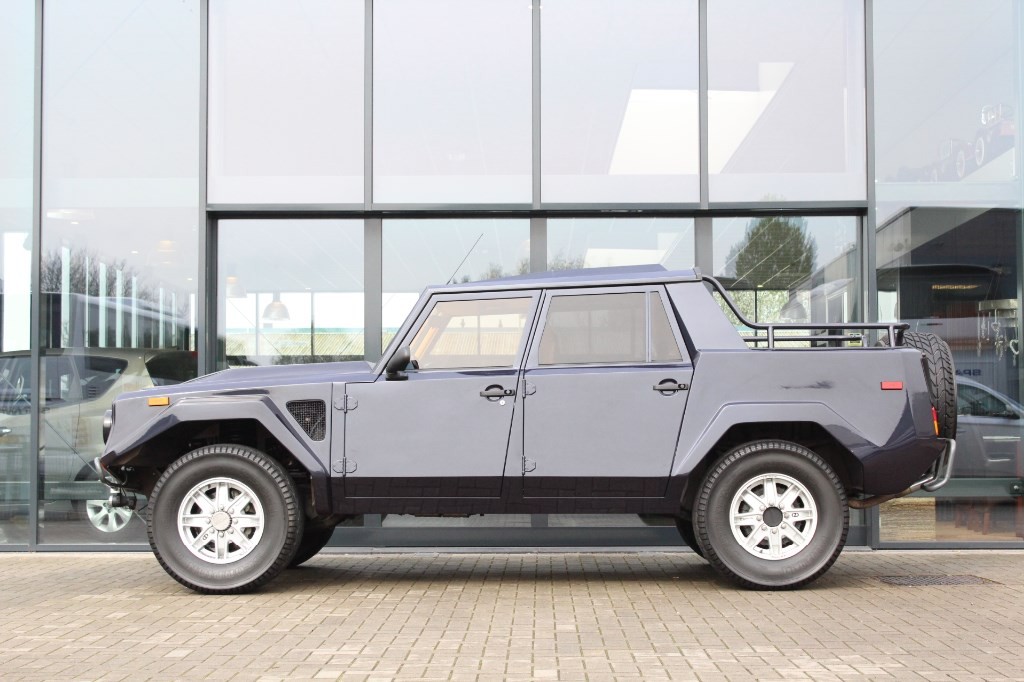 The Lamborghini LM002 is an SUV that was built by the Lamborghini automobile company between 1986 and 1993. The LM002 was an unusual departure for Lamborghini which, at the time, was primarily known for high-performance grand tourers and sports cars. The LM002 is also the first four-wheel drive model manufactured by Lamborghini.

Lamborghini built its first military vehicle, a prototype vehicle codenamed the “Cheetah”, in 1977. Lamborghini had designed the vehicle with hopes of selling it to companies in the oil exploration and production industry. The original Cheetah prototype had a rear-mounted Chrysler V8 engine. The only finished prototype was never tested by the US military, only demonstrated to them by its designer, Rodney Pharis. It was later sold to Teledyne Continental Motors by MTI and is apparently still in the US. This led Lamborghini to develop the LM001, which was very similar to the Cheetah, but had an AMC V8 engine.

It was finally determined that the engine being mounted in the rear caused too many unfavorable handling characteristics in an offroad vehicle, and the LMA002 was built with an entirely new chassis, moving the engine (now the V12 out of the Lamborghini Countach) to the front. After much testing and altering of the prototype, it was finally given a serial number and became the first LM002. The production model was unveiled at the Brussels Auto Show in 1986. It was dubbed the “Rambo-Lambo”. Civilian models were outfitted with a full luxury package, including full leather trim, tinted power windows, air conditioning, and a premium stereo mounted in a roof console. In order to meet the vehicle’s tire needs, Lamborghini commissioned Pirelli to create the Pirelli Scorpion tires with custom, run-flat tread designs. These were made specifically for the LM and were offered in two different tread designs, one for mixed use and the other for sand use only. These tires could be run virtually flat without risk and could handle the desert heat, the loading, and the speeds of the LM. The LM002 was fitted with a 290-litre fuel tank.